Skeuomorphism: A nonfunctional ornamental design cue in a design that comes from structure that was inherent to the original. (definition courtesy of Wikipedia)

For example, the “floppy” save icon. When I was in grade school, I saved my work on a floppy disk. I don’t do that anymore, I don’t even own a floppy drive, yet the floppy disk is fairly universally used as the “save” symbol. This is skeuomorphism.

In video games, we can use this (and visual messaging in general) to inform the player about the world they play in. For example, look at this character from a major first-person-shooter video game: 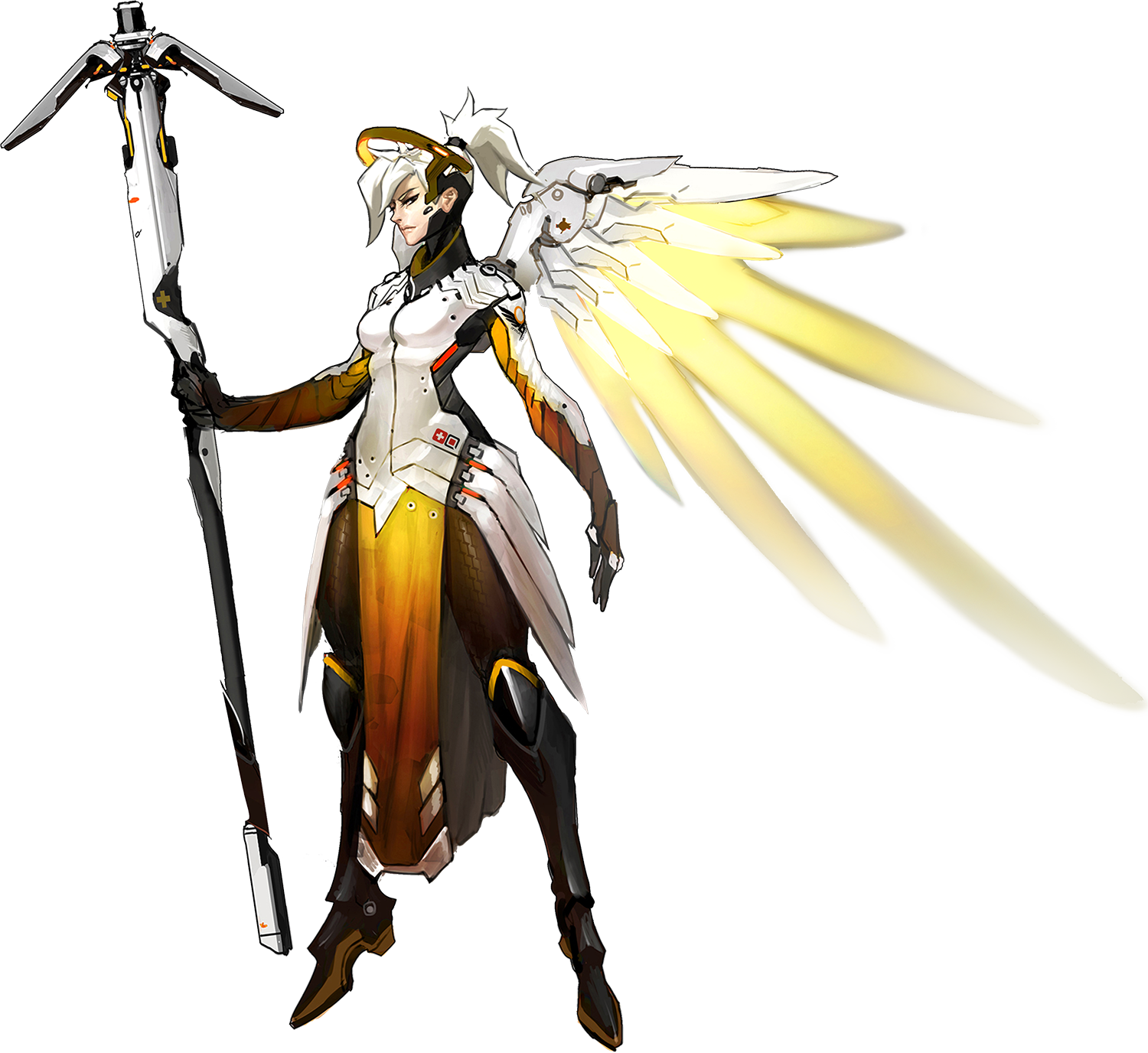 Can you guess what this character can do in the game? Well, she has wings, and she doesn’t carry a gun, so it is reasonable to guess that she flies and is not an attack character.

That guess would be correct. She is a healer, and has the ability to fly (in certain circumstances).

Now guess what this character does: 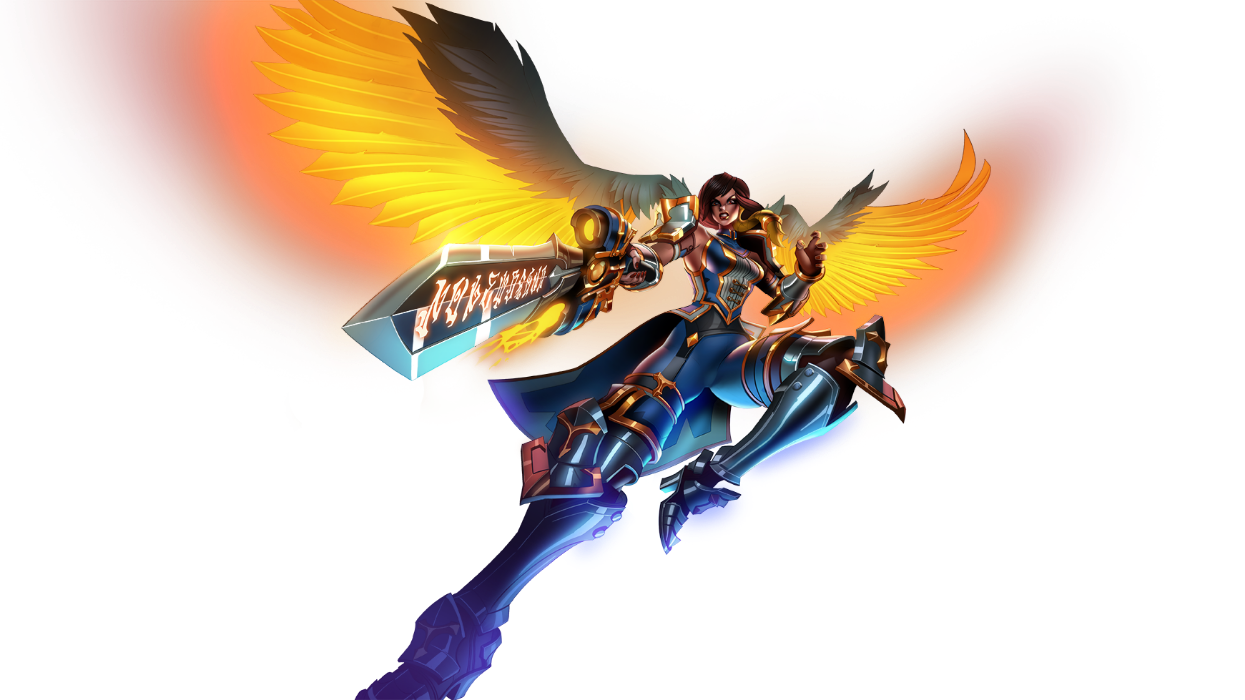 Well, she’s in an aggressive pose, with her sword pointing down at the viewer from above. Her wings are spread and her legs are clearly not touching the floor, so a reasonable guess might be that she’s a melee character who can fly.

That would be incorrect. That sword is actually a shotgun, she can’t fly at all in any circumstance, and her main role on the team is as a healer. If you saw that coming, raise your hand. Now put your hand down, because you didn’t see that coming.

This latter example is a perfect example of an out-of-game character not matching the in-game character, whereas the first is an example of the out-of-game character reinforcing the gameplay of the character. In both of these games, players are pitted against each other in teams of a half dozen, and each player takes on the role of one of the heros, from a hero roster of several dozen. In the middle of a fight in the game, the player needs to be able to quickly identify the capabilities of every other character. The player needs to quickly know which opponents to target, and which to avoid - the faster I can tell who is a healer and who is a shield, the less time I spend formulating my tactics. If I see a melee character, I’ll stay away from them. If I see a flying character, I’ll make a mental note to scan the skies.

Of course, one could simply sit down and memorize every character. But that takes a lot of time - Paladins has 42 distinct characters (and Overwatch slightly fewer), and while a veteran player may have memorized them all, a new player won’t have.

This notion, of needing to provide the player with exactly the information they need, extends to other areas of gameplay as well. Overwatch famously has a dynamic audio level system, where “more dangerous” sounds are louder to the player than uninteresting sounds. This page gives a much better talk about it than I can. Enemy ultimate voicelines are louder than friendly ultimates, and each is instantly recognizable.

Paladins has multiple variations of each voiceline. The words are (usually) the same, but the intonations are different, which makes it slightly more difficult to instantly recognize the voiceline - and this compounds with the fact that there are more playable heroes!

Overwatch doesn’t just use in-game tweaks to teach the player about the characters. Overwatch (and to a lesser extent, Paladins) releases animated short videos about the characters which give a bit of backstory (for example, this one about Reinhardt). If you watch the video, you can note that (almost) every character ability gets mentioned in the video. The use of his shield, his hammer melee attack, the rocket boost. Even the other characters show their abilities: Bastion shows off both sentry configuration and tank configuration, Orisa shows the ability to fortify. Even some voicelines that are in the game appear in the video (“Shield is failing!”).

After watching the video, you will be able to recognize the character in-game on the battlefield, and even have some idea of how the character plays.